Thinner #5: Day Drinking at the Laundromat 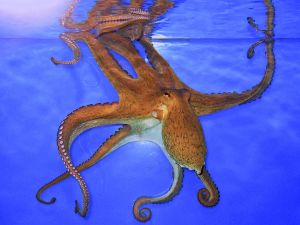 Sitting in the laundromat, listening to the woosh-woosh of the dryers. If I had to lull a dragon to sleep, I would use a dryer.

There’s a woman in here with me, and she keeps glancing at me. She’s wearing pink-purple pajamas pants and her face is like a neglected candle: waxy, plain and somewhat melted.

I guess her face isn’t melted, but it is pretty smooshed. She has a giant forehead, and gives the impression that all of her features are being crushed by a pasty block of skin.

I stare at her and she smiles. I have a burst of pure, unfiltered panic. This is that thing, isn’t it? That… flirting.

The word hits my brain-stream and everything cringes. I feel my brain clench, like I’ve eaten a bad burger…. with my brain. Flirting. A word that sounds like a colloquialism for diarrhea.

She saunters over. Her black hair is wrapped in a bun that sits on top of her head. It sways back and forth, and I’m genuinely worried it will topple over and crush me.

“Hey, what’re you up to?” she says. Her voice is cracked and it croaks on the vowel, sending me on a linguistic roller coaster that I have no safety strap for. She’s an anti-siren, a reverse succubus, knocking me into submission with a tower of hair and chapstick skin.

I don’t know how to respond. Not without my teleservice script.

With a fluidity I had never to know to exist in my thought processes, I switched to the memorized words, the words of God, the words of all existence.

“Well, thank you for your donation. Every little bit goes along way.”

Now she was giggling, touching my arm and bumping her hip against me. “I’m gonna day drink and eat nachos, wanna comeeeee?”

She was putting an emphasis on that word and I gagged a little bit. Tasted ink.

“My clothes are still wet,” I said.

“What did you just say to me?”

So we go into the fabulous, grey October air that has that smelly odor. Like sulfur.

1 Response to Thinner #5: Day Drinking at the Laundromat