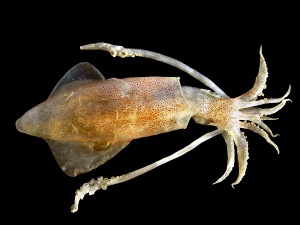 Pretty girl at the blood place tells me to show her my arms. I do so, quite certain that my superior arm hairs will convince her that I’m a stupendous mating partner, but she just asks if I’ve done any injection based drugs.

She asks if I’ve had sex with anyone who has AIDS, HIV, or a bunch of other sexually transmitted diseases that I’ve seen in pictures, but never had the pleasure of meeting.

She nods and then takes my arm and I think: “This is it. This is love.”

She ties a rubber band around my bicep and tells me to make a fist. I do so, and my veins appear. She tap it and says: “Green.” She takes a green marker and marks my arm. Then she takes my hand. I shiver with glee.

This it definitely love.

She draws something on my thumb, then points at a little black light that I stick my hands under. I do it, hoping the black ink that spills out of my mouth whenever I sneeze won’t be present. It isn’t. But there is a check mark on my thumb.

“This tells us that you are a donor here. It will never fade,” she says.

“Will you marry me?”

She pushes me into a room full of beds with little machines next to them. A bunch of people are laying on them, long clear drinking straws stuck into their arms. Red juice is leaving their bodies and spinning in the machines.

But pretty blood girl sits me down in  one of the beds and I figure we’re consummating the marriage, but she just grabs my arm again and stabs me.

She stabs me again.

I ask her if she got the vein.

She finally gets it right and tells me to start making a fist, over and over. I figure the rate at which I do this will impress her, but she doesn’t care. She walks away. The ceiling is playing music, and some guys are yelling that there is:

I’m here exchanging my juice for fifty dollars pre-loaded on a debit card. The people around me are here for the same reason. They all smell like cigarettes and Pepsi-cola. I smell like batteries and coconut hand soap. If I had known that pretty blood girl was going to be a thing, I would’ve worn my cologne. I found it on the side of the road, a little glass bottle with stuff written in Russian. It smells really strong, and makes my eyes water, but I guess that’s Russian masculinity.

I stare at the ceiling at listen to the people talk. I figure this is social interaction. I could join in and discuss… cigarettes, and that hoe Shannon, but I don’t want to. It occurs to me that I’m very alone since the absence of Idnas and Friendo. Sadness permeates me and I start to feel faint, my vision darkening and my head feeling very light. I was unaware that I liked Idnas and Friendo to the point of not-awake, but whatever, time to sleep.

Pretty blood girl appears like an angel of beautiful death, smiles, and lifts my legs into the air. She flings ice packs at me like a ninja assassin, throwing them like ninja stars. One hits me in the face, the crotch, the neck. Then she throws crackers and a bottled water at me.

She says that I need to eat more beforehand, or this will happen.

I try to say that she should take me to dinner before my next donation, but-

The people next to me are staring at me. I smile, but the chubby woman with dragon tattoos says: “Ew. Oh my god.”

The ink has returned. It spills out of my mouth and onto my shirt.

I raise my hand and tell blood girl I want to leave, I’m not comfortable.

I tell her I don’t really care about those lives, I barely take care of my own. She presses one hand on my chest and leans in close, so her lips are near mine and I can see every lovely word being formed by lips and tongue and teeth, and the little shred of lettuce on her chin. “We need your blood.”

I cannot say no to pretty blood girl, so I lean back and settle in.

Some time later, I stumble out of the blood place with my fifty dollar card. The sky is darkening and a chill is approaching. I wonder if I can handle the walk home, since my blood is gone.

I start to walk, and the answer is very likely…